Posted on January 15, 2018 by snitchthebudgie

Just the eight of us at yesterday’s PlayDay, but we had a pleasant afternoon running trains.  We quickly put together a large circuit…

And Simon was soon running some USA freight….. 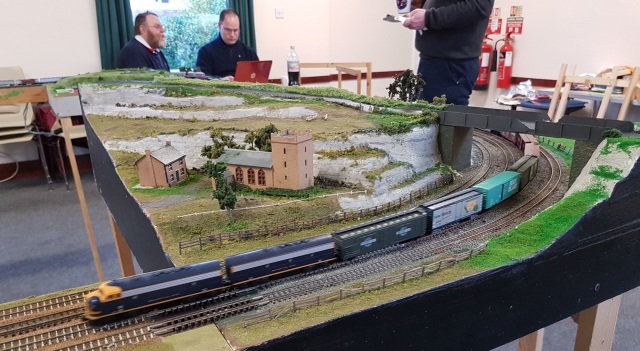 Dave brought his quarry along, and was testing locomotives on the layout…. 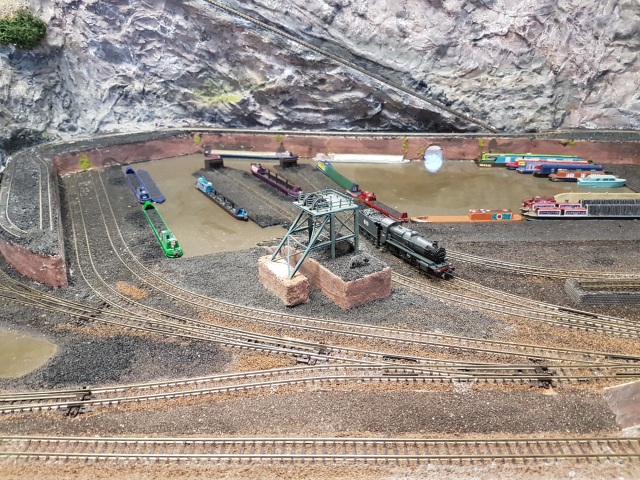 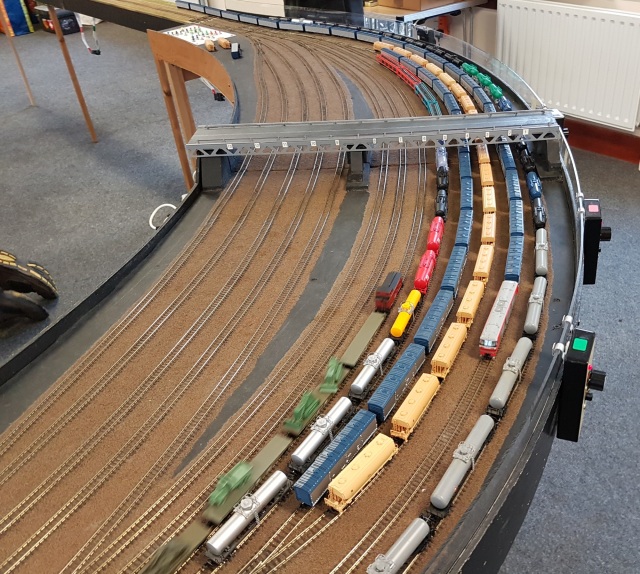 Then put together a ‘whole circuit’ van train.  About 132 bogie vans, if I remember correctly.  Not quite the club record!

I ran in my second Farish NCB O4.  At just £49 from Rails, it would have been rude not to buy it!

I then ran a couple of Southern Pacific good trains.  The grey 70-tonner looks tiny against the Alco S4 switcher, but both managed a sizable goods train (though not up to Paul’s standards!)

Meanwhile, Derek was super-elevating the track on the new club N-mod corners.  A length of string under the outer sleepers PVA’d in place seemed to do the job….. 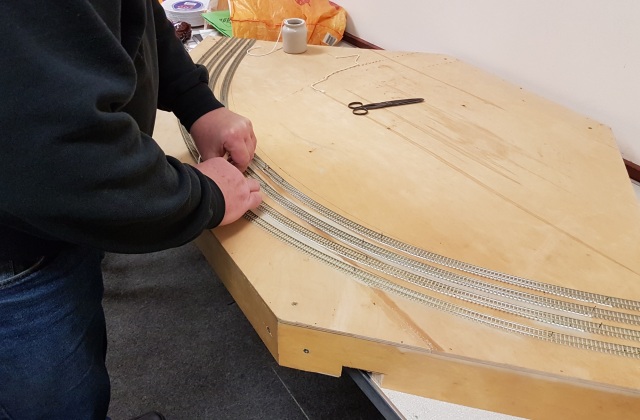 The only complaint about the afternoon was that we didn’t have enough takers for a visit to the curry house….