Posted on November 30, 2018 by snitchthebudgie

Wandering around the exhibition, I found a lot of new modules that I hadn’t seen before, and a good number of old friends.  I tried to take photographs mostly of modules new to me, and also of those with interesting scenery.  There was an discussion on modular layouts on N-Gauge Forum that expressed the view that modular layouts were usually made up of flat sheets of plywood.  I hope that these photographs show that this is far from the case!

One criticism I do have of the modules below is that the addition of a backscene would make them even better.  However, it’s even more difficult to obtain a visual continuity between modules with a backscene in place, and when you are operating a 40′ length of railway, backscenes can make it very hard to see what is happening down the line.

The first few shots have a civil engineering flavour, appealing to my professional interests.  I especially liked the run-of-river hydropower station, that even had a fish pass modelled (to the left of the gates.) 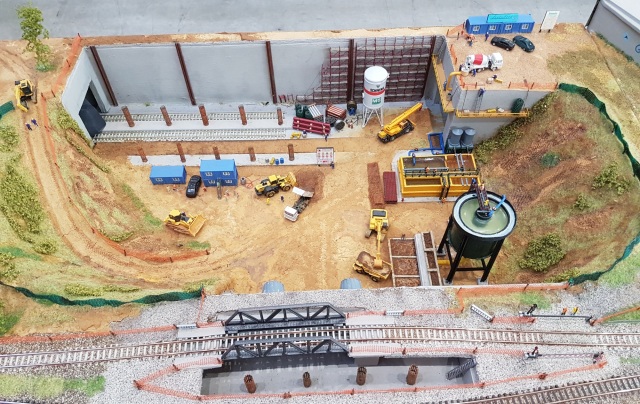 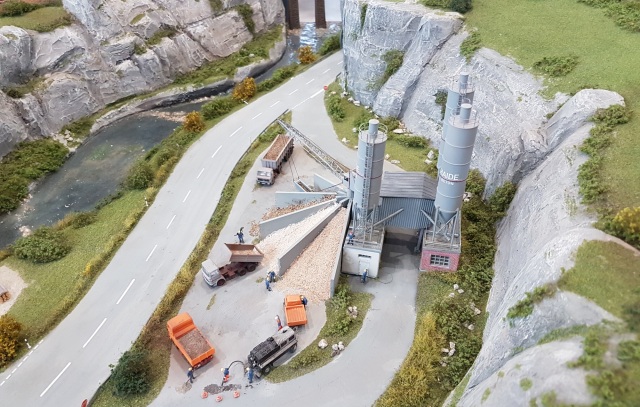 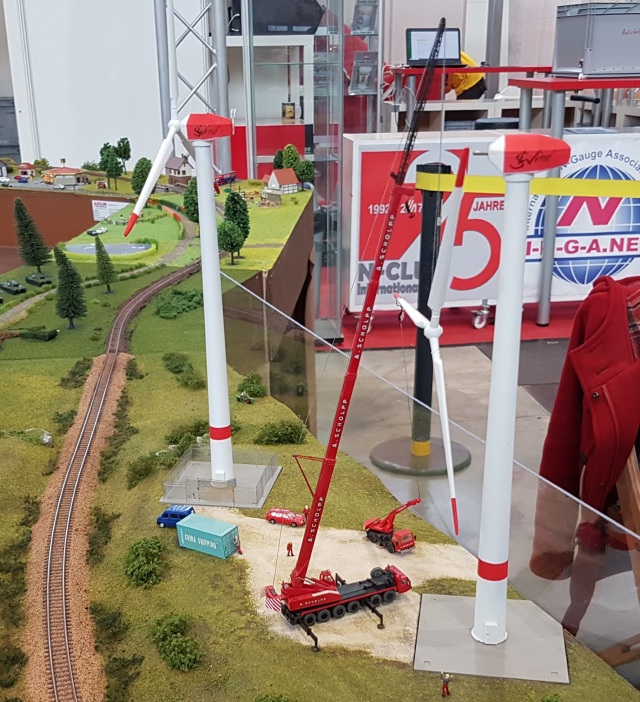 This is a wonderful model of the currently disused station of Canfranc, on the France-Spain border.  The prototype is fascinating, located in the middle of nowhere, and never receiving the amount of traffic that it was

There was some excellent modelling in this run of single track modules.  You realise how big a lighthouse really is.  They also included some animation such as rotating rotors on the helicopter, and submarine that emerged from the swamp…. 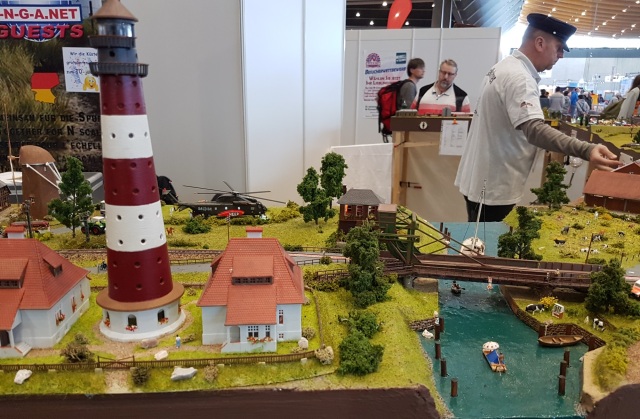 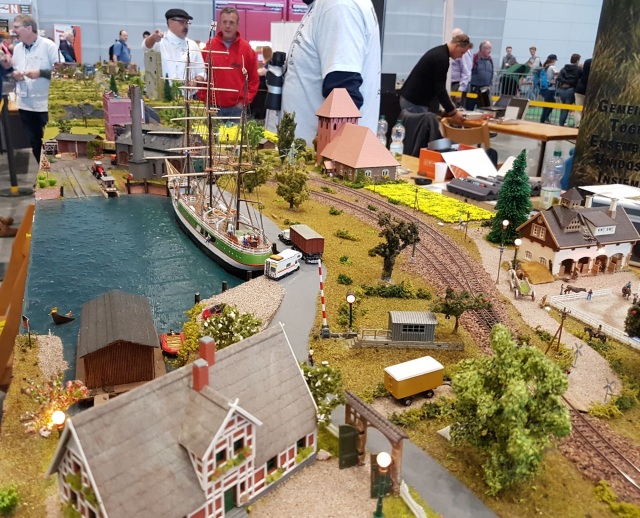 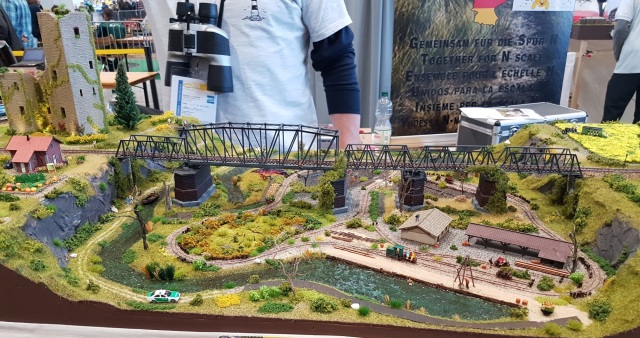 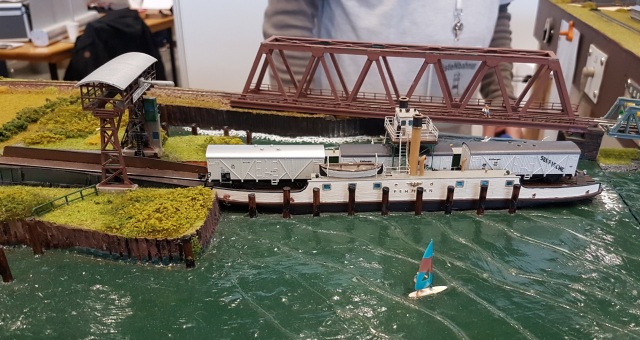 And some of the well presented buildings from around the layouts…. 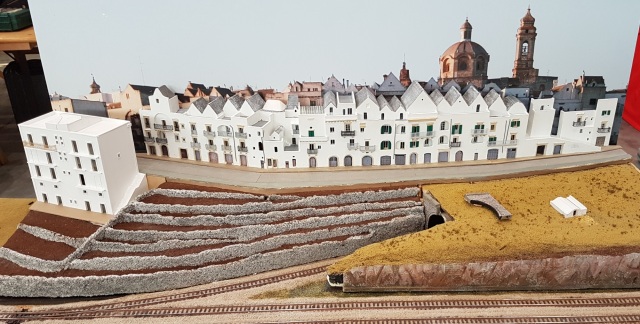 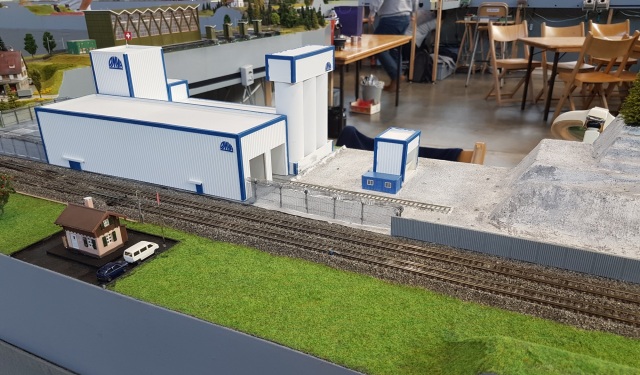 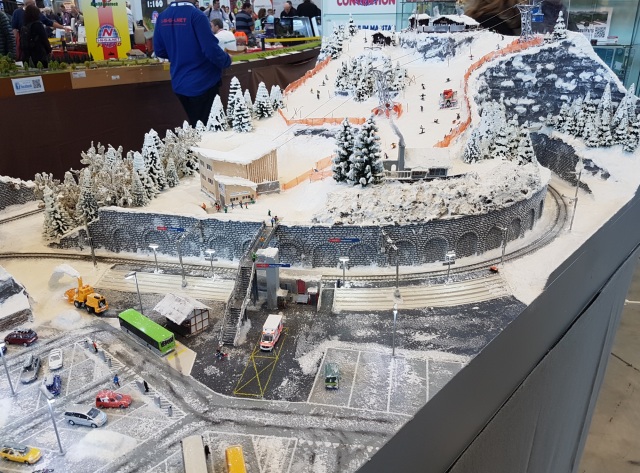 And a couple of trains to complete the day.  I find that train photos are often difficult to get right at Stuttgart, partly due to the expanse of the modules, and I’m afraid too that there is a tendency to drive too fast (no names mentioned except the Italians…..) 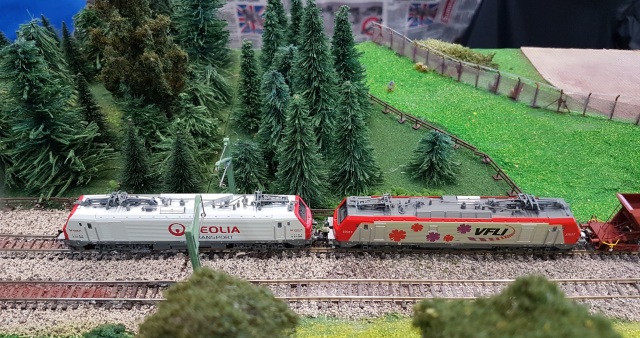 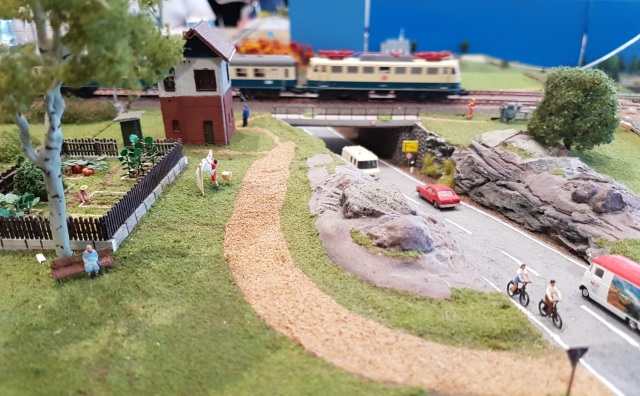 Secretary of the East Surrey N Gauge railway club
View all posts by snitchthebudgie →
This entry was posted in ESNG, Exhibitions, N Club International, Out and about and tagged exhibition, modular layouts, N-Club International. Bookmark the permalink.