Posted on February 21, 2019 by snitchthebudgie

The three members who had arrived by 7:30pm were almost ready to pack up and go home, when there was a sudden flurry, and we soon had ten members putting a small layout up for running.  We were missing Allan again (early milk round) and one Derek (lost without trace in Croydon.)

On the rails, there was plenty on the move.  Paul was on holiday, so Neil and Martin took over the outside tracks, and instead of Japanese we had modern UK stock on show.

I gave my second hand 70-tonner a run, and it was very smooth out the box. 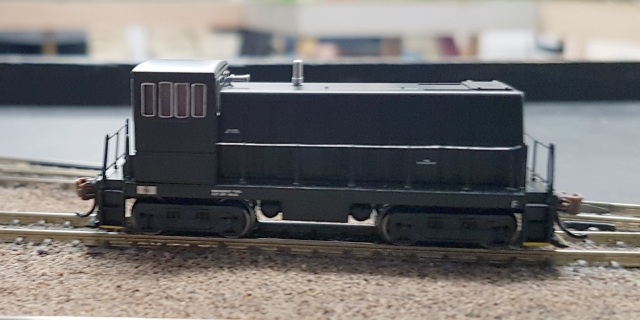 The Bubblecar got towed home in disgrace – but after all, it is a dummy….

And a shot from the office window on Monday.  Usually I miss passing trains of interest, as I don’t have my phone at the critical moment, but this one was moving so slowly, and waited at the junction from the Tonbridge line for so lone, that I had time to get it.