Posted on September 30, 2019 by snitchthebudgie

There seem to be a lot of pictures of this show.  Although it wasn’t the largest, I think there was more to see as there were a lot of small layouts.

I’d seen Abbey Street (S) before, but it was well worth another view.  An East Anglian city secondary terminus in the 1950’s, there are lots of fine details, such as modelling the undercroft arches below the station.  Built by Jas Millham, a strong proponent of ‘TT’ for many years, but he moved up to ‘S’ in his later years and his eyes couldn’t cope any more.  Always good to see a legend of the hobby operating his layout in person!

Industrial buildings and granaries reminded me of visiting East Dereham in my youth.  Another neat touch is the half-goods shed on the baseboard edge (right foreground).

A Buckjumper tank shunts the yard. 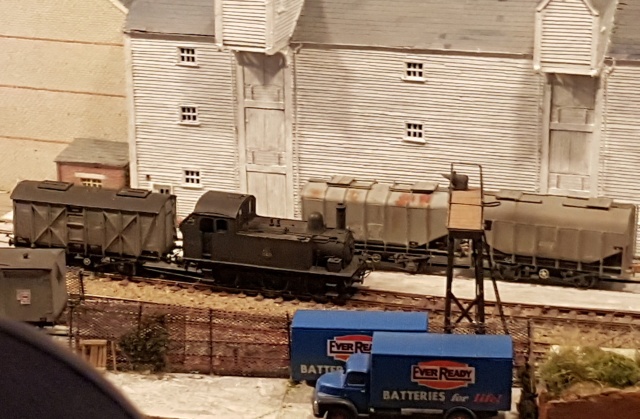 Still in East Anglia, Nene Wharf (OO) is set in the Cambridgeshire fens. 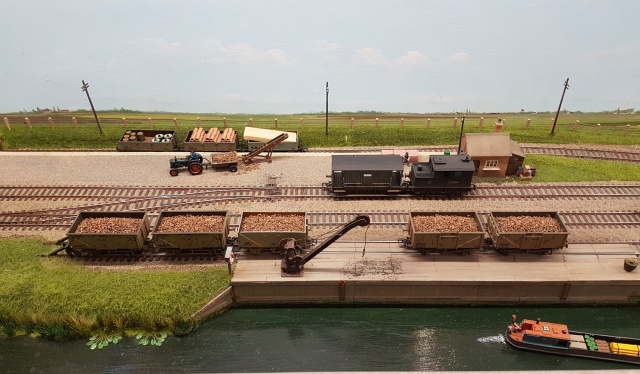 The Lochty Branch (O) is a similar goods only terminus, but set in Fife.  Built by Ian Futers, another of my hobby heroes and the master of the small layout with few points. (Well, relatively small – it is ‘O’ gauge.)

Never say you haven’t got room for a layout.  Duncrievie Fuelling Point (EM) is both tiny and pointless – in the sense of having no points, but all tracks are accessed by a sector plate.  An effective way to show off your favourite locomotives.

Cheffley has some beautiful buildings, but I was unconvinced by the 2-BEL unit in the station bay! 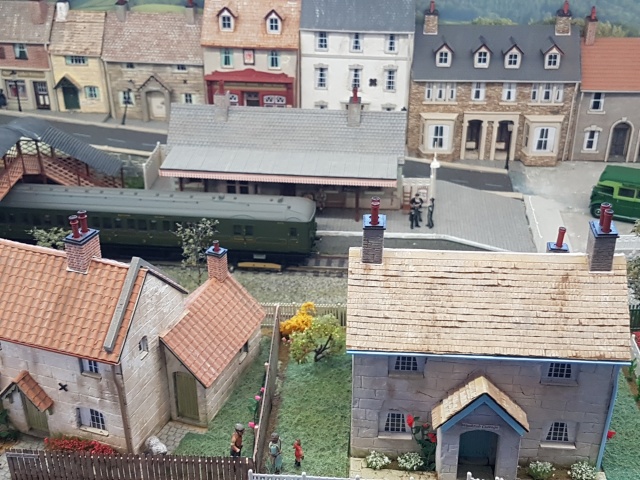 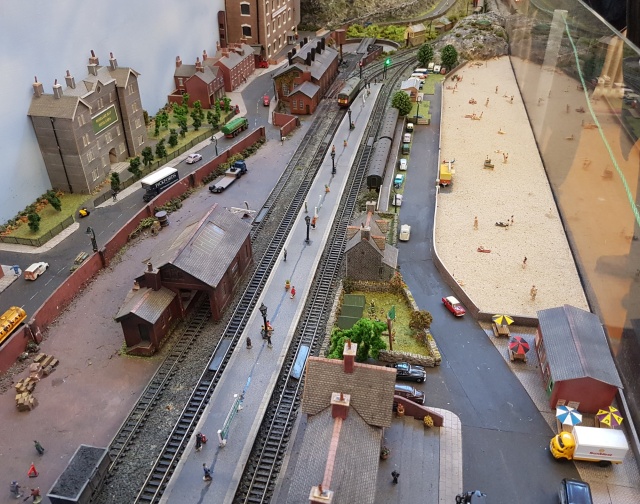 And finally, Allenton (HO), somewhere in the US cotton belt.  The owner was offering train driving and switching experience for junior modellers.