No, I haven’t got it (yet.)  But what better for an introverted, anti-social railway modeller than social distancing?  Having closed down/suspended a model railway show, a model railway club, and a church in one 24-hour period, it was time to do some serious modelling.

As I recently blogged, the Kuritu Line is up and sort of running again. 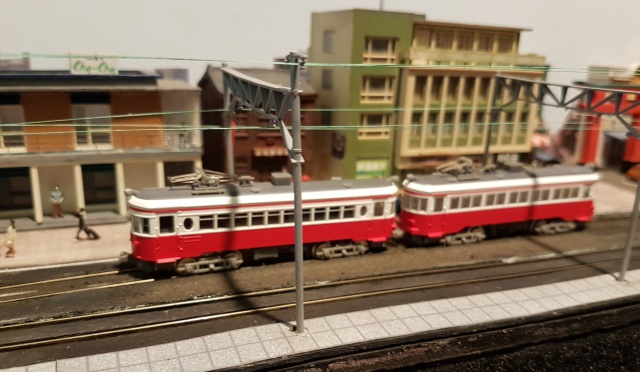 As I had broken the layout cover, that doubled as a lighting pelmet, I’ve been building a new one.  This is to be fixed to the layout, in shadow-box form.  It will make the layout a little larger to transport, but will be a lot neater.

So construction started by removing the existing end boards, and building new ones.  The side pieces for the shadow-box were split into three, as my car wouldn’t easily take the 6ft of ply needed to do the sides in one piece.  And this way took less wood.  I’m painting the insides of the ends matt black.  I’ve lost the end backscene, but hope that this finish will allow the eye to ignore the end of the world. 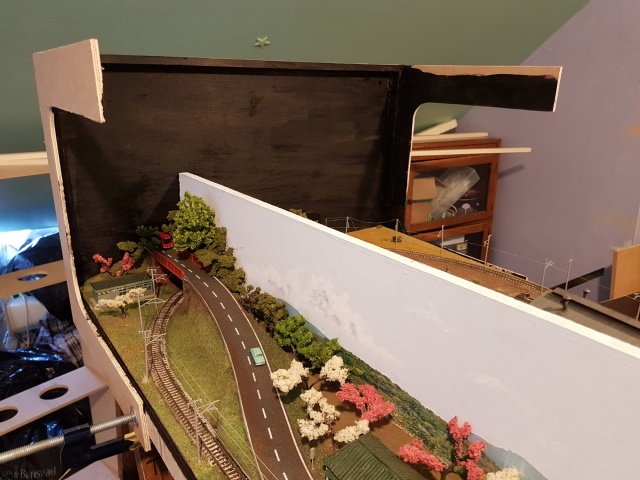 The other end needed a viewing port to operate the layout from one end.  Getting the holes drilled in the end for the manual point operating dowels wasn’t as difficult as I expected.

And this evening, I added the first side rail.  The metal angle is there only to keep the wood straight until the glue goes off and I add some fixing screws.

Main problem during construction has been one of the trestles under the layout collapsing, but it survived….  And today, I ran out of 6mm ply.  Should I social distance, or is plywood an essential for life.  I settled for a quick run over to HomeBase.  Their timber isn’t as good as Champions in Dorking, but it will do the job.

More in a few days time!