Posted on February 4, 2022 by snitchthebudgie

Having emailed around the club, and got a good response, the first Wednesday meeting in February went ahead.  Six members attended, and we had a good evening running trains.  Here we have the usual suspects, with Mr Apps inspecting his switch collection…. 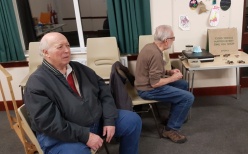 I tested my Network SouthEast DMU before selling it on….

Long passenger trains from the USA and Japan.  Only Kato can run four powered locomotives together without overloading the controllers…..

We also had a look at cables and switches for the new fiddleyard – and found a large number of module plugs and pins tucked away in the storage cupboard.

And of course it was a bonus to have Paul back for another meeting.  Looks like his move northward will be soon, though….

An ESNG meeting this evening which may or may not be my last regular meet. 6 members attended and the usual varied selection of trains appeared. I had an EF64 in the experimental JR Freight livery on tankers, an EF81 on the Rainbow set, 2 x Class 373 EMU sets, D51 on a mixed rake of passenger and parcels stock and the JR Tokai Series 300 Shinkansen. I may be at the meeting on February 13th, but I am hoping to be in the Midlands by then. 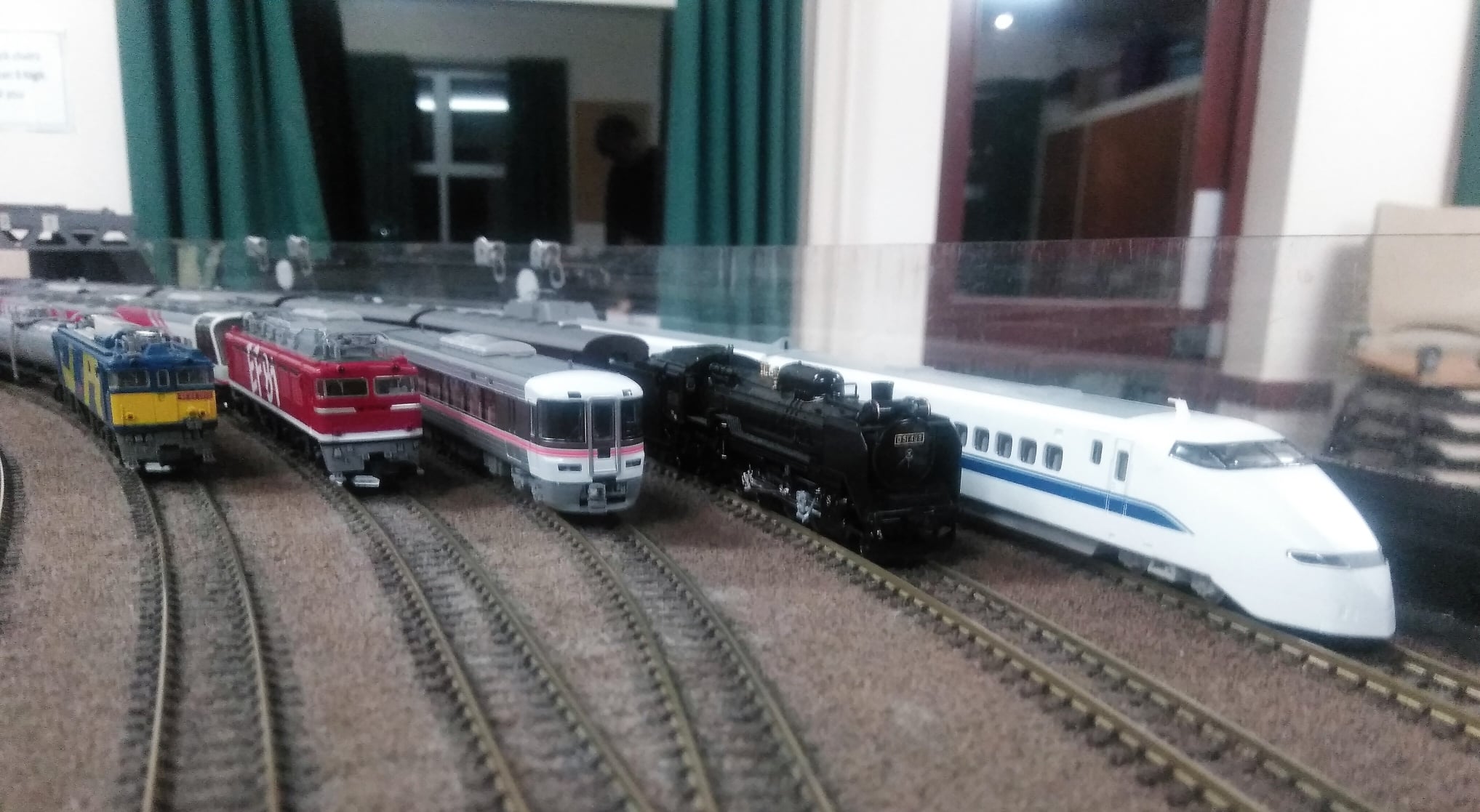