Posted on December 12, 2022 by snitchthebudgie

I thought that I had finished, but Duncan sent me some more pictures (with a leaning towards narrow gauge) and comments. 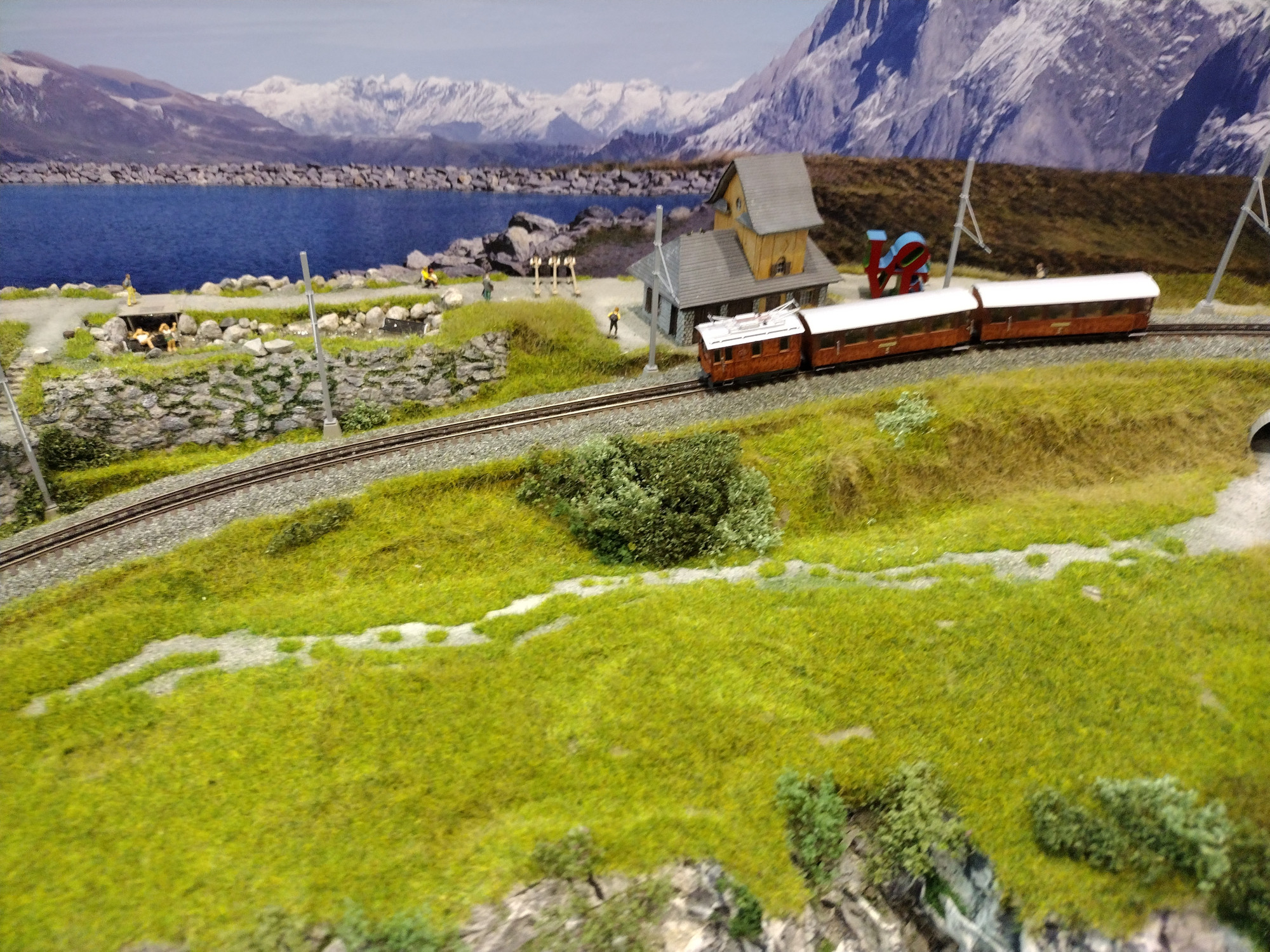 Road layout by Andreas Timmer, with no trains at all! Lots of Faller Car-System vehicles, and the occasional radio-controlled one too. 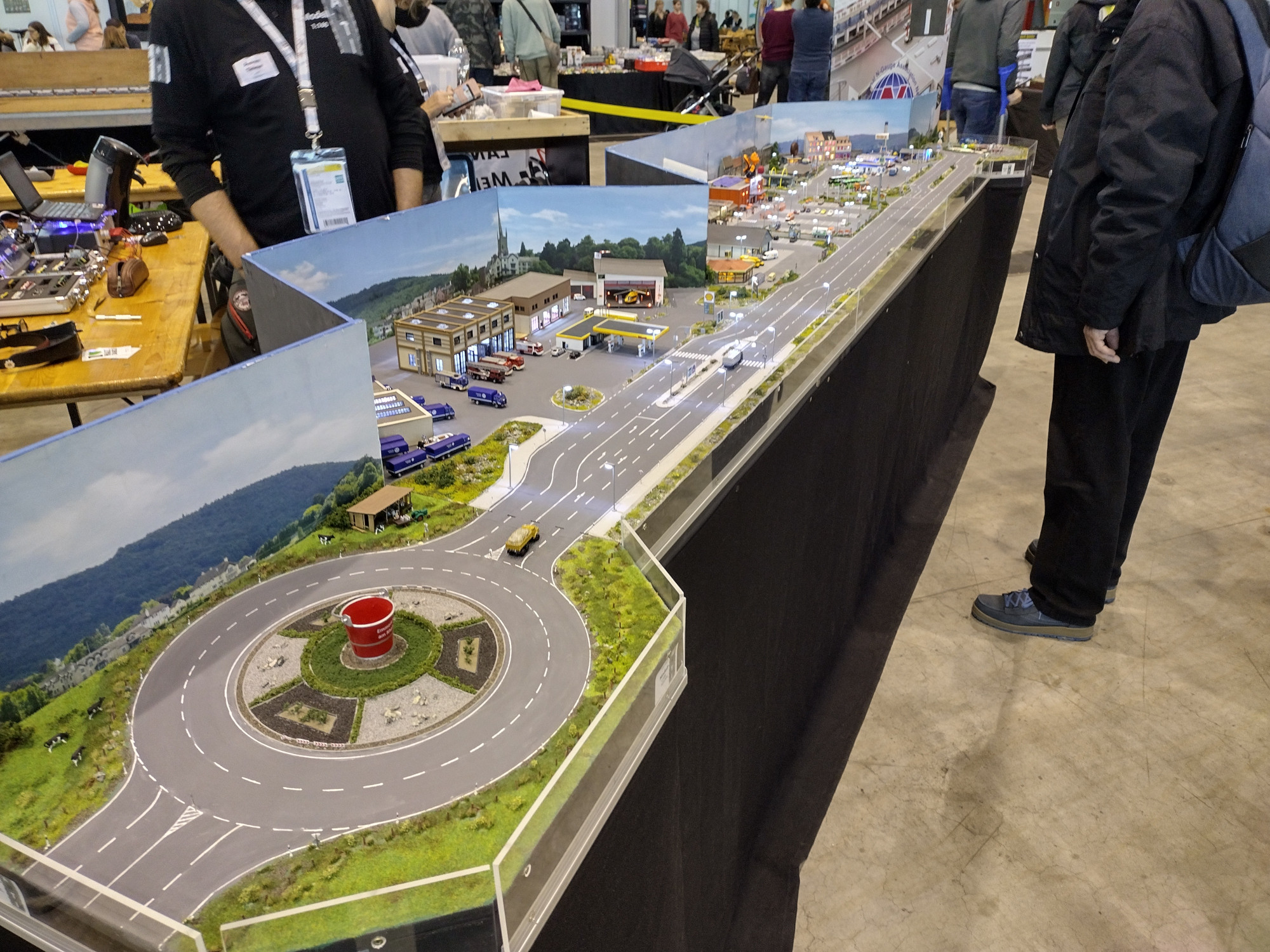 A large North-American city N-Trak module by Markus Schiavo. It contains a huge number of scenes from famous films and TV.

A view of the two large Helixes that allow the public to enter the area. 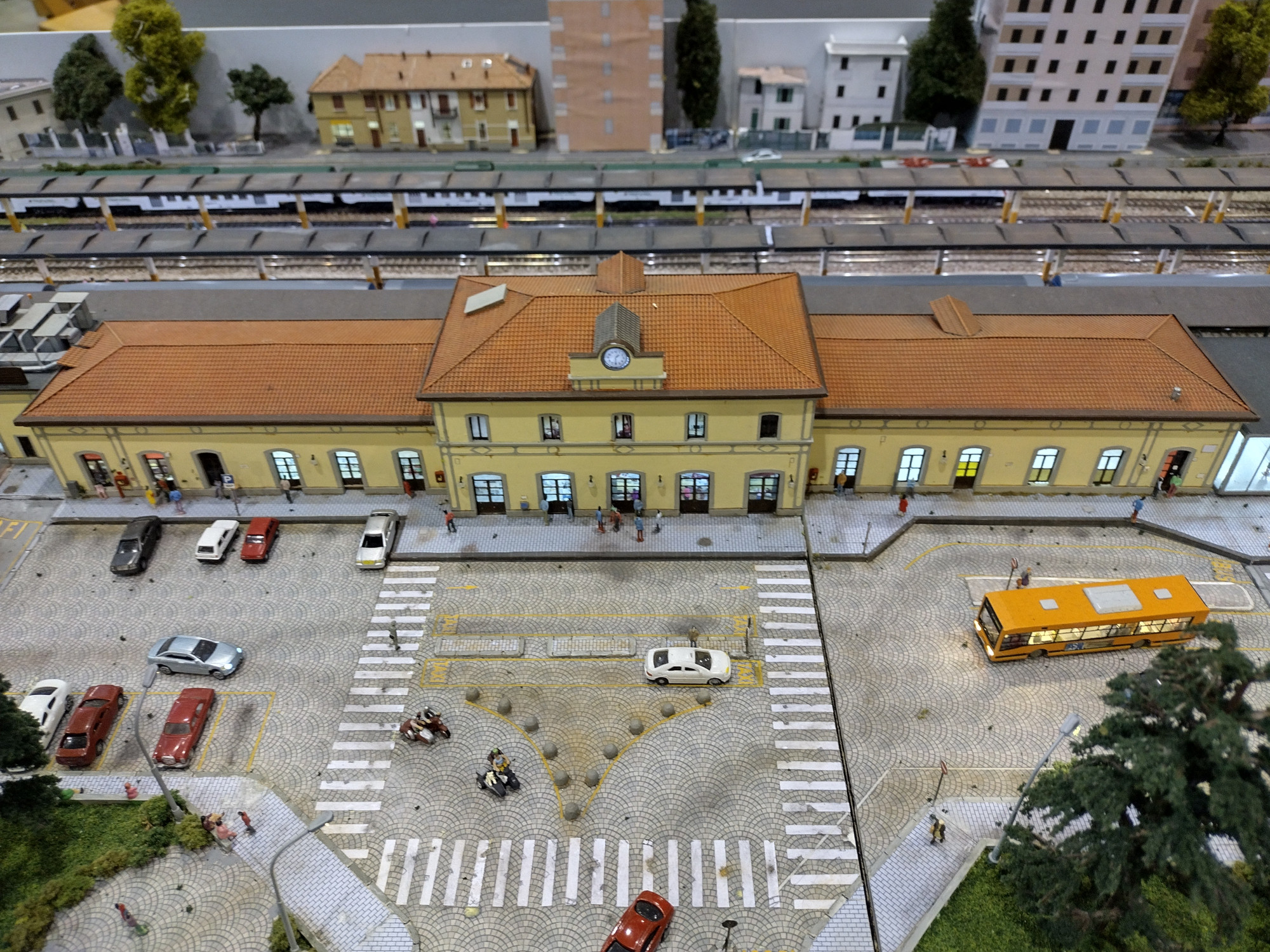 A couple of views of the huge N-Scale layout of Stuttgart HBf in the 1960s/70s. This is now publically viewable in its new home opposite the real station. As the station is under heavy building work (turning the tracks 90 degrees), this model will provide a fascinating record of how the area used to be. 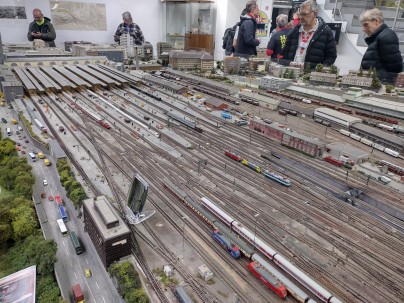 View of a container train on the Swiss Narrow-Gauge modules. For ten minutes each day, the sun shone down on the module, allowing this photo! 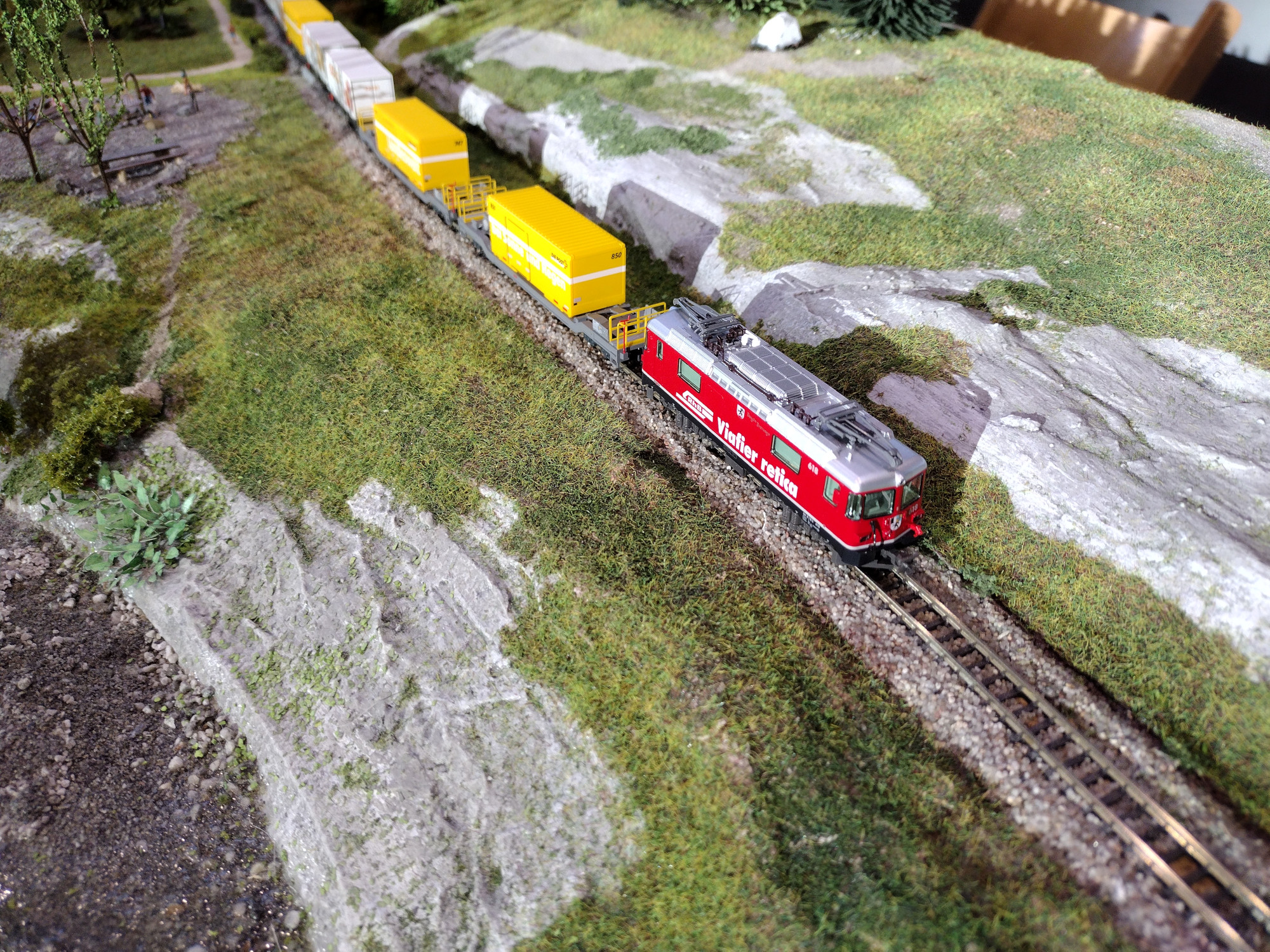 This one is of the 4.5mm gauge model by Lemiso. Ran beautifully all week, and I will probably spend a lot of money on the models! 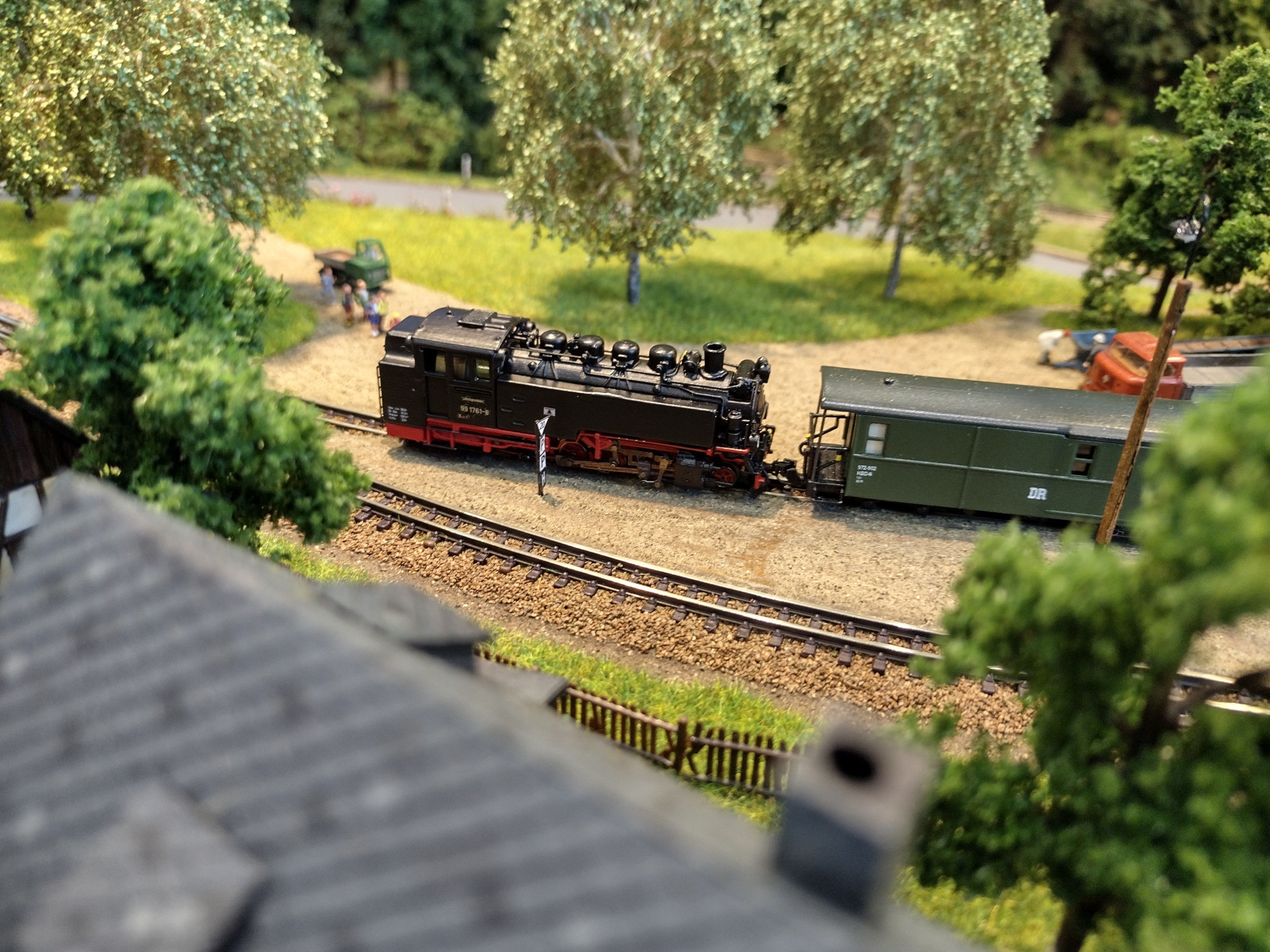 And Duncan also sent me a link this other facet of the show:

I found this short video from Stuttgart you might like. It shows my Oxford Diecast radio-controlled ambulance on the AnTi-Cars layout. It’s harder to drive than it looks!