Pictures at an (ESNG) exhibition #3

Today, a thank you for all that goes on at an exhibition apart from the layouts.  There are a lot of jobs, visible and unseen, needed to get and keep the show on the road.  And a special thanks to everyone who helped put the school together at the end of the show, to save Derek a whole lot of work.

Derek and Ted did their usual stellar job on the pay desk.  After they have insulted the customers at the pay desk, it’s a wonder that any enter the show at all.  But seriously, the banter on the way in helps the friendly show atmosphere.  I did like the one who waved a certain membership card under their nose to try and get a discount – and without blinking an eyelid, they put the entry fee up by a pound! 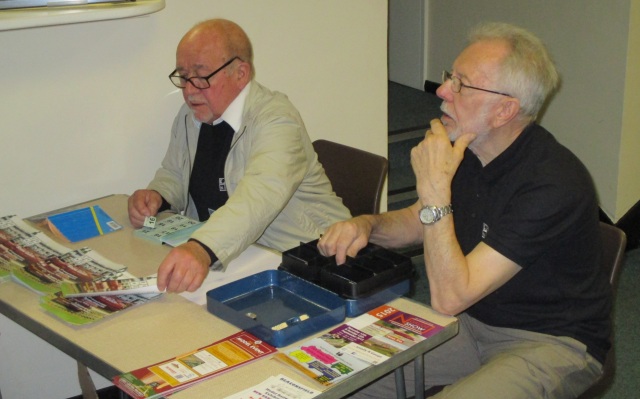 Supplied by the school, but they didn’t look too impressed being next to Kuritu.  They were probably worried that they would end up as sushi. 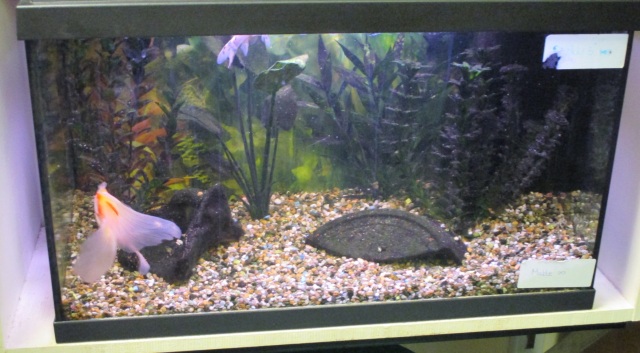 Thank you all of you for coming along, hopefully making a little money, and readily giving me a little cash for the hire of the tables.  First off are Invicta – plenty of interest in the goods, but Kerry and here dad declined being in the photo… 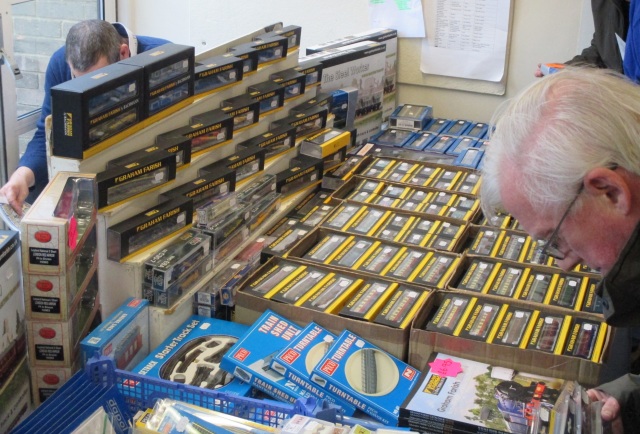 WINCO were next to Invicta.  Fortunately, no-one tried to put an offer on Benson….. 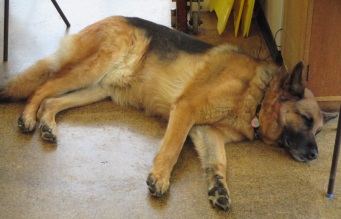 Also in the main hall were ‘Honest John’ and NScaleCH.  All the second-hand Swiss stock you wanted and some more besides.

BH Enterprises have been regular supporters of our show.  Just the place to buy all the N gauge odds and ends you never realised you needed….

Neil Grace had never been to a show before.  Fortunately, he enjoyed himself, and there was a lot of interest in his lovely WW2 German military wagons, and trucks loaded with tanks and aircraft.

JB’s Model World are well known for their blue stock boxes, but the stall had a lot of other items of interest for the unwary!

And thanks to Ray & Carol Hansen, selling all sorts of second hand goods, and to Derek Atfield, masterminding our own club shop – but where were all you USA rail fans to buy my surplus stock?

Ian and his glamorous assistants (two shown here) worked all day supplying tea, coffee, cake and lunches.  Quality catering does so help the show atmosphere, and encourages people to have a sit and talk, and stay longer.  NScaleCH were next to the stage, and John was worried that no-one was buying his chocolate brownies – only to be told that most had gone, but they were being served from the back of the plate where John couldn’t see them.