Posted on September 21, 2016 by snitchthebudgie

A couple of links for Wednesday….

An example to all train drivers from the Daily Telegraph…..

The driver of a Japanese bullet train that can reach top speeds of 175mph has been suspended after being caught in the cab with his feet up.

The 29 year old admitted stretching his legs out on the dashboard for about 10 seconds, adding that he had done it a number of times before, according to operator Central Japan Railways Company.

The driver who has not been named was photographed by a rail enthusiast as his 16-car Kodama train passed between Kakegawa and Hamamatsu stations in the Shizuoka Prefecture. The photo has since been shared thousands of times on Twitter. 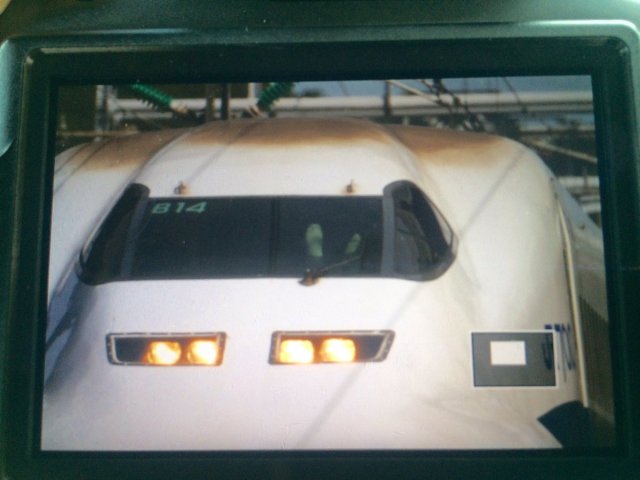 Perhaps this is the ultimate detail for your Kato bullet train?  But no tricks like this on ESNG layouts, please, even if you are controlling your train with your phone.

I might hasten to add that this is a common pose on UK railways, though the trains are never moving when it happens.  I’ll stop before someone throws something at me…. 🙂

And Michael Portillo is back travelling the rails.

In general, though, I feel optimistic about the future. Many of the problems the [railway] industry’s currently wrestling with are, ultimately, problems of demand. When I was Minister of Transport, we had about 700 million passenger journeys a year – and we thought we were managing an industry in decline. Today there are about 1.5 billion. So there has been a huge transformation.

Incidentally, we really do carry that guide around with us on every journey. Or rather the researcher does. While filming our pilot episode, I dropped a Bradshaw on the floor; it split in half and I had to hold it together for the rest of the episode, and since then I’ve never been allowed to carry it. Our researcher keeps it in a children’s lunchbox. So for about 13 years of my life, I was followed around by a civil servant carrying a red box. Now I’m followed by a researcher carrying a Thomas the Tank Engine tin. It’s funny how life takes such unexpected turns.

The fifth series of ‘Great Continental Railway Journeys’ starts on BBC Two on Tuesday 20 September at 9pm.  I wish I had his dress sense!