And, just for a change, another Swiss holiday #3

Posted on July 6, 2018 by snitchthebudgie

Following last night’s thunderstorms it was slightly colder this morning. Today we went to Swiss Vapour Park in Le Bouveret on the south east corner of Lake Geneva. We travelled out by train changing at Interlaken, Spied and Visp. On leaving the park we heard a ship’s whistle and saw a paddle steamer approach. We rushed to the pier to get abroad. We sailed across the lake to Montreux and came up by train changing at Zweisimmen, Spied and Interlaken. Writing this have heard a couple of rolls of thunder. 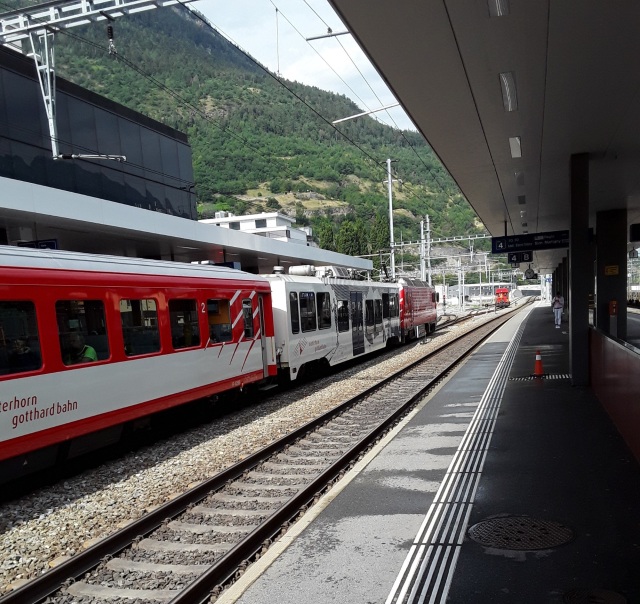 Swiss Vapour Park.  We rode round behind the black and white engine in the photos. As you can imagine we had problems getting in and out of the carriages.  (Ed: Says Ron – Allan denied this on the phone!) 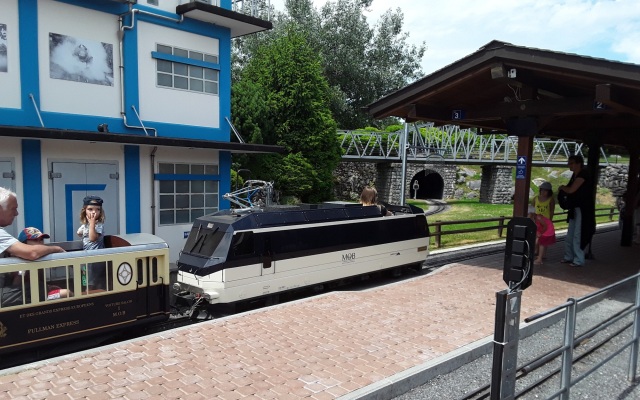 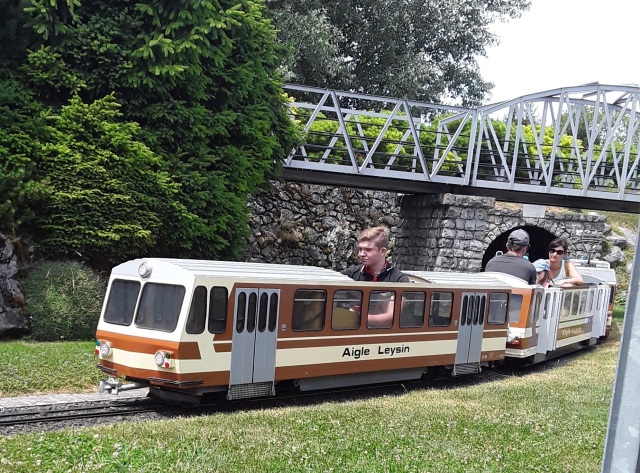 Meanwhile, at Thursday’s ESNG meeting we had just the six members.  But we got some trains running, and sat and talked and watched them go by.  A pleasant time was had by all.