A week’s holiday with Maxine for a reunion of old Hong Kong friends started in Milton Keynes, where we stayed for the weekend and caught up with three lots of friends and family.  However, any keen railway enthusiast will track down trains.  Visiting one of MK’s parks, I quickly found the Caldecotte Miniature Railway.  It was closed for a private party, but I sneaked this quick shot.

Monday morning, on to Matlock Bath, to find a hotel called a ‘castle’ and with this view from the bedroom window.

Tuesday morning found us at Crich Tramway museum (surprise, surprise).  This bridge was just like it had been when we visited over 36 years ago (BC – before children).  We thought that we had saved a lot of money, entering both as seniors and having a half-price voucher donated by Mr Atfield.  However, our (more) elderly companions got in for £5.50 each as they had sticks.  Memo to self – buy stick – not white (yet.)

The tram shed and exhibition hall would be visited later…..

But the first priority was a tram ride there and back.  We travelled on this early London tram.

Also in use was this 4-wheeled Glasgow vehicle.  I suppose you have to learn to drive the thing?

Off we go, riding a mile into the country to the end of the line.

And back, passing the Glasgow tram on the way. 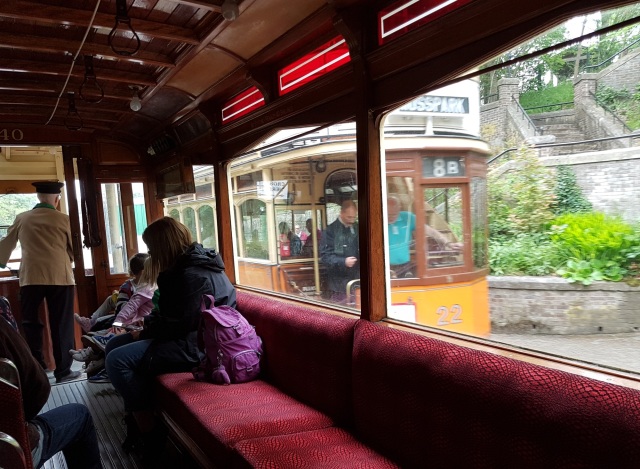 After the excitement of a tram ride, it was coffee time, followed by a pit stop….

We watched a few trams pass along the main street, then crossed the road to look into the workshops.

The workshops are very well presented, with a gallery to allow one to see the preservation work and maintenance currently under way, and displays showing the birth of tramways. 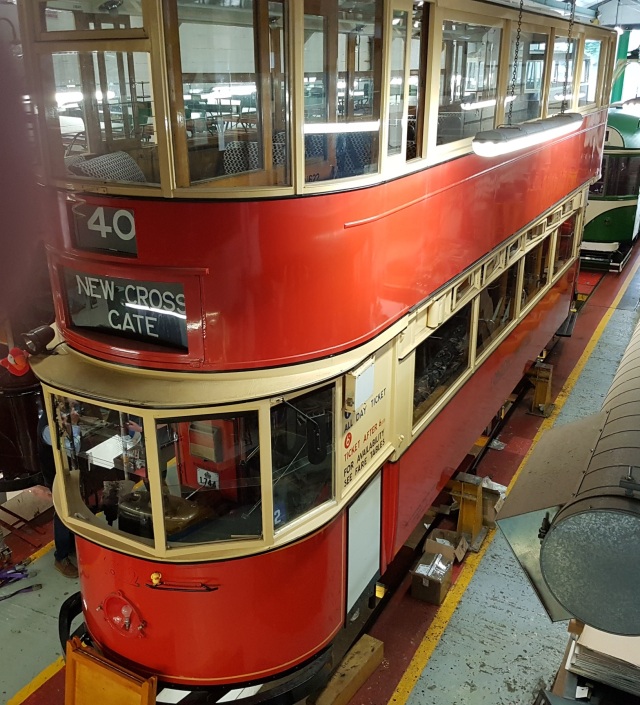 We emerged to find this lovely line of Morris 1000’s plus a Rolls Royce of similar vintage parked outside the pub. 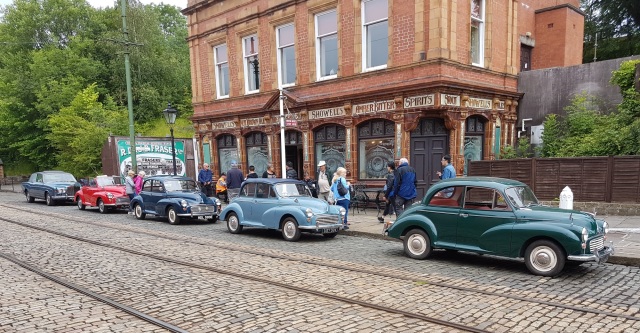 Next stop, the tram sheds, but that will be next time.

Secretary of the East Surrey N Gauge railway club
View all posts by snitchthebudgie →
This entry was posted in Inspiration, Out and about, Prototype, Traction and tagged inspiration, preservation, prototype, tram. Bookmark the permalink.