Posted on November 28, 2022 by snitchthebudgie

Before returning to Germany, a little live steam.  Thanks to Brian’s tip-off, I was on the local railway bridge to see Tangmere climb out of Redhill and head for Tonbridge.  A wonderful Bulleid exhaust beat as it came up the hill and round the corner before hitting the race-track straight to Tonbridge.  Great to see the Golden Arrow headboards. 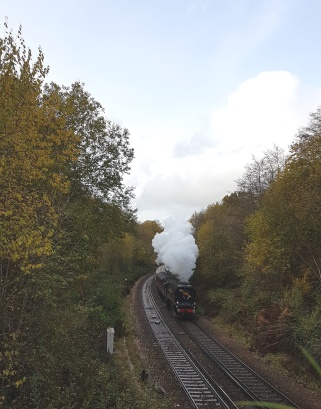 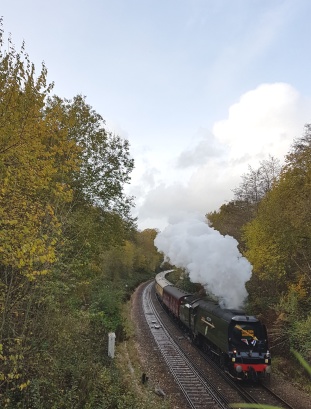 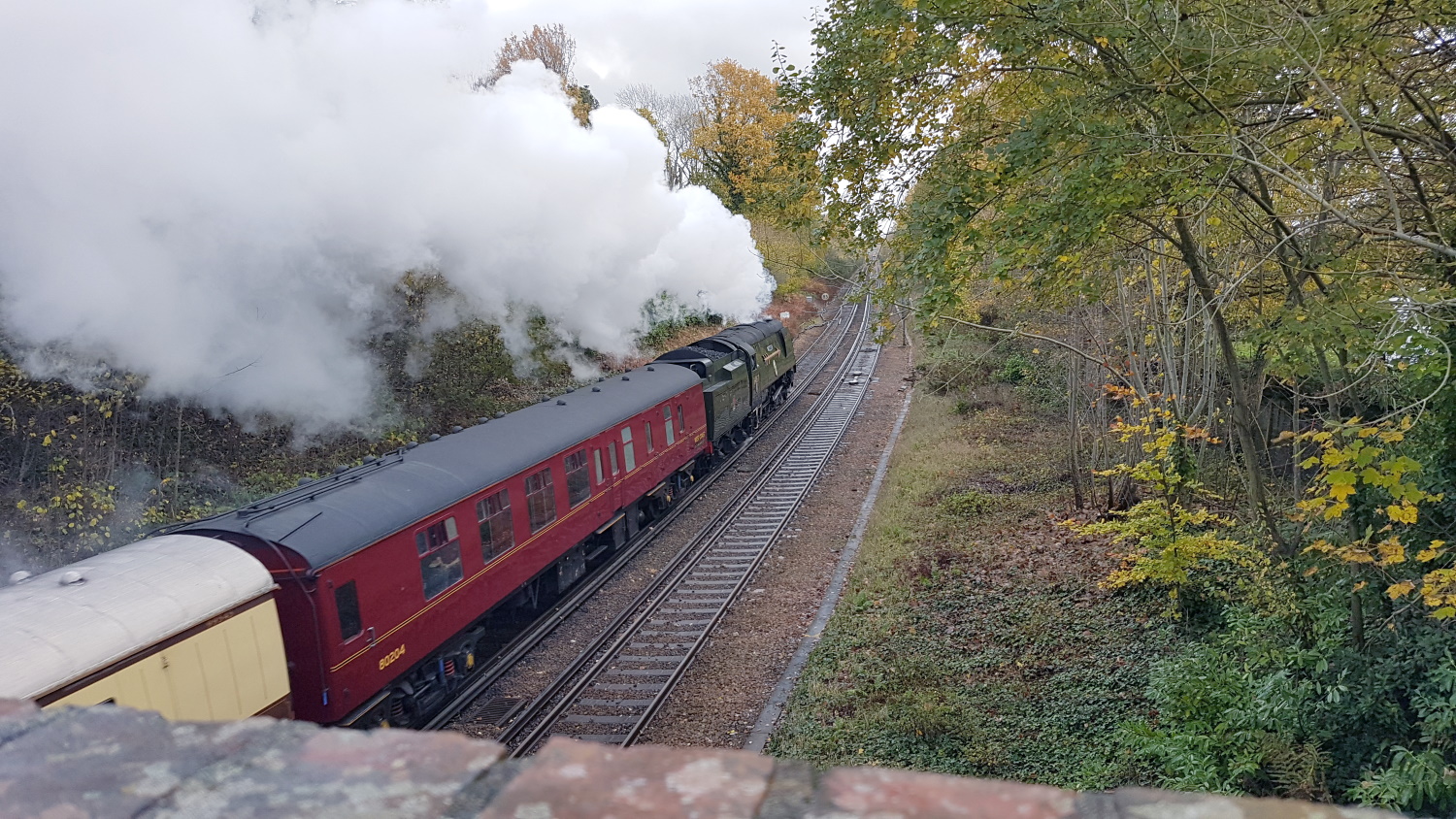 Brian caught the train at Godstone.

A well known steam locomotive Tangmere (34067) sped by Godstone on The Medway Valley Pullman today on the way to Tonbridge, before returning to London Victoria routed through Kent. Although my camera was over the yellow line, I was well behind it holding on to the tripod as this loco flew past! At the rear diesel (47813) I think! Nice to bump into ‘Ben’ who was watching too.

And further east at Penshurst…

Earlier in the week, I missed the Black 5 on the Brighton main line.  Good job I was busy, as I think it slipped around the Quarry Line, bypassed Redhill and was running very early,  Brian caught it (so to speak.)

Here’s steam locomotive Black 5 (44871) on the Sussex Belle from London Victoria to Eastbourne and Hasting, running an unbelievable 18 minutes early on the fast down line towards the coast, catching all those watching off guard! Supporting at the rear, Class 47 diesel 47813 (I think).

And here’s another brief video of the train at Coulsdon.

2 Responses to A little live steam